STOWE – Business at the state’s ski areas rebounded this season with 4.5 million skier visits – a 16 percent increase over the previous year and the best season since 2001, the Vermont Ski Areas Association reported Tuesday at its annual meeting in Stowe.

The 2012-13 season also marks the second best season on record since VSAA began collecting data in 1992.

Nationally, skier & rider visits had the biggest one-year leap in 30 years, with the Northeast posting the biggest gains in the country. With 4,513,041 skier visits this season, Vermont’s 18 resorts ranked number one in the East and third nationwide for skiing and riding.

“The 2012-13 season stands as a remarkable rebound from the prior year with record early openings thanks to our 80 percent snowmaking coverage, perfectly timed snow for the holidays, blizzard snowfall that buried our core markets’ backyards and an epic March that we haven’t seen in years,” VSAA president Parker Riehle said in a statement. Riehle said the season netted the state more than $170 million in tax revenue from rooms and meals and sales taxes, surpassing pre-recession levels for the first time.

The annual meeting held at Stowe Mountain Resort was attended by a record 300 industry members and marketing partners.

Comments Off on 2012-2013 ski season was a great one, association says

Posted on April 22, 2013 by Rob Mitchell | Comments Off on Killington pond skimming contest rocks the mountain

Comments Off on Killington pond skimming contest rocks the mountain 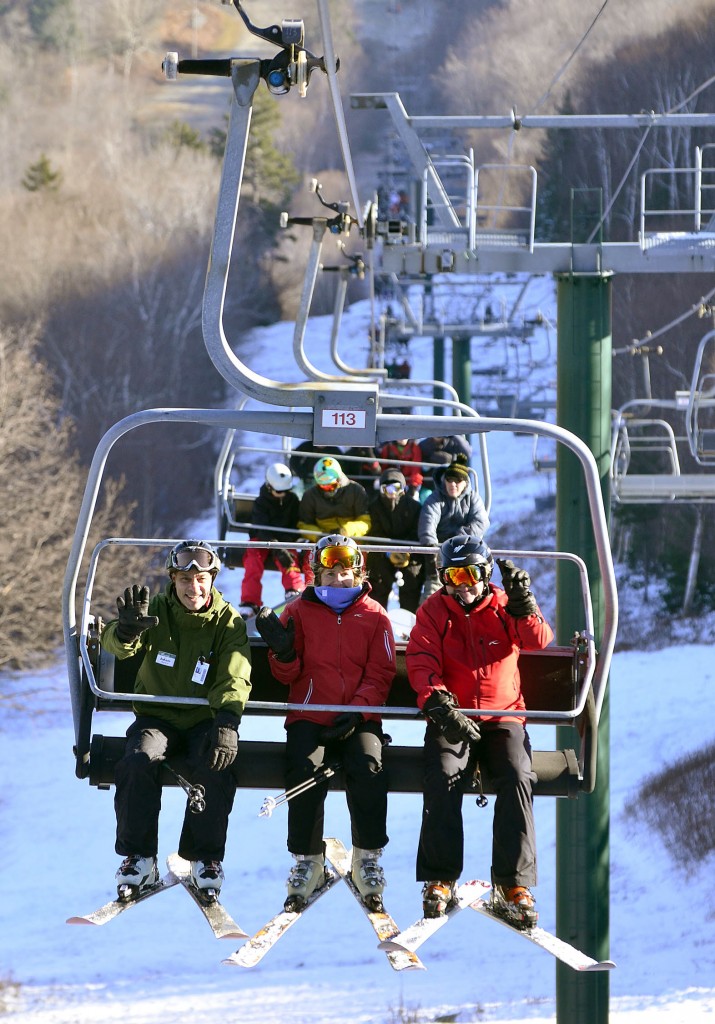 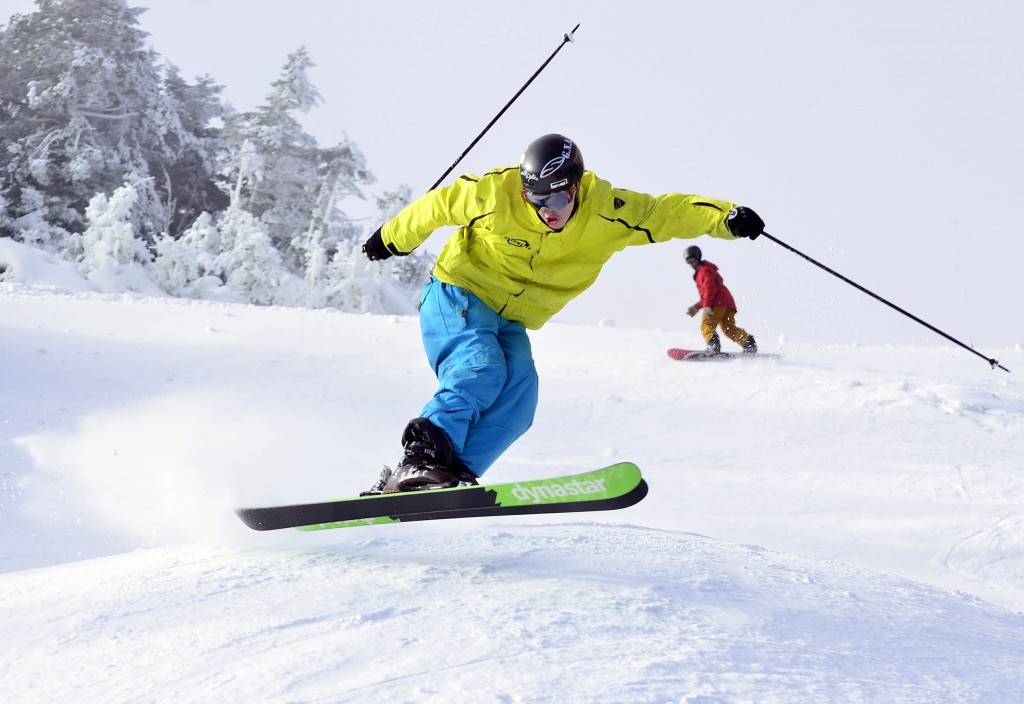 Killington to run lift with power from manure

KILLINGTON — Vermont’s Killington ski resort says it’s going to power one of its lifts this season with electricity generated from methane gas recovered from cow manure.
The resort is planning to power its K-1 Express Gondola with electricity generated through Green Mountain Power’s Cow Power program, which enables customers to purchase all or part of their electricity at a premium and support Vermont’s dairy farms
The program works by collecting cow manure, mixing it with wash water from the milking equipment and then pumping that slurry into a digester where it is heated for three weeks. The process converts the manure into biogas that is 60 percent methane.
The methane is then used to power a generator, which sends power to the electric grid.

LUDLOW — Okemo Mountain Resort’s Season Pass deadline is approaching.
Passes for the 2012-13 ski and snowboard season are available now and patrons can save if they purchase by Oct. 8.
Okemo season passes are valid at nearby Stratton Mountain, Mount Sunapee, N.H., and Crested Butte, Colo.
This year, Okemo is offering the Millennial Pass for 19-29-year-olds. It is valid seven days a week, including holidays, at Okemo and Mount Sunapee, there are no blackout dates, and passholders receive 25 percent off multi-day tickets at Crested Butte, Colo.
Passes are $599 by Oct. 8 and $699 afterward.
Other specials include the Sunday One-Day Pass for $379 by Oct. 8 and $429 afterward and the Ultra Pass with no restrictions at Okemo, Mount Sunapee, Crested Butte and Stratton. The Ultra Pass is $1,569 by Oct. 8 and $1,669 afterward.
For more information, call 228-1600 or visit www.okemo.com.

Posted on September 7, 2012 by Darren Marcy | Leave a comment

WARREN — Vermont’s Sugarbush resort has received a green light for a 93-unit residential development.
Sugarbush said Thursday it had received the necessary permits for its Lincoln Peak Village master plan.
Resort officials say they’re accepting bids from builders and hope to start construction soon.
The next phase will be construction of 15 slope-side homes at Rice Brook.
Those will be a mix of two-, three- and four-bedroom townhouses and condominiums.
Officials say seven of the 15 Rice Brook properties already have been reserved by buyers. 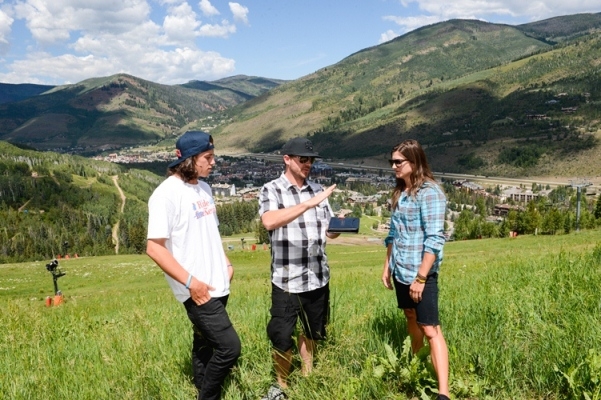 After 27 years in the same location, the longest-running snowboard competition in the world, the Burton U.S.Open, is moving from Vermont’s Stratton Mountain to Vail Resort in Colorado.

Jack Burton attributed the move to the future progression of the U.S. Open.

“I feel that Vail offers us the ideal venue to host the event. Vail is an incredible mountain and has been my home-away-from-home for over 20 years. I have no doubt that the U.S. Open at Vail will grow in its legacy as the premier rider-driven event in the world,” Burton said.

BURKE — The new owner of Vermont’s Burke Mountain Resort is going to increase snow-making capacity by 50 percent to help the resort during winters when there is little snow.
The plan is to get up to 100 new snowmaking guns and a new compressor that will allow technicians to make more snow both early in the winter season and late.
Burke General Manager Tim McGuire tells the Caledonian Record it’s a significant upgrade for the resort’s snowmaking system.
Jay Peak President Bill Stenger, who bought Burke in May along with a business partner, says the snowmaking system improvements will be the initial focus of the new owners.

Killington Resort and a man who sued the ski area after he broke his leg there in 2009  have settled the case out of court.

Alfred Rocks of Egg Harbor, N.J., sued the resort in 2010 alleging the resort failed to maintain the trail “Ovation” in a “reasonably safe condition,” resulting in his fall and then, further injured him when a first aid toboggan carrying him down the mountain flipped over, causing more injuries.

A clerk at the Burlington court said the parties settled the case out of court. The court was notified of the parties’ decision to do so mid-morning Monday.

The trial began Friday in federal court in Burlington and ended Monday in Rutland.

KILLINGTON — A skier says a Vermont ski resort is at fault for his injuries.
Alfred Rocks of Egg Harbor, N.J., sued Killington Ski Area, saying it failed to maintain a trail in a “reasonably safe condition” when Rocks suffered leg fractures during a fall in 2009. The 53-year-old Rocks said he suffered additional injuries when a ski patrol toboggan he was strapped into flipped over.
A trial on Rocks’ lawsuit started Friday and is expected to continue through this week.
The Burlington Free Press reported that Killington doesn’t dispute the details of the toboggan accident. It says there’s no proof Rocks suffered an “independent injury” when the sled flipped over.
As for the trail injuries, Killington said Rocks understood the risks involved and was “solely responsible” for his injuries.