Brush fire slows traffic on I-89 in Waterbury

Posted on April 4, 2012 by Vermont Today Editor | Leave a comment

State Police and four separate fire departments responded to a brush fire this afternoon just to the east of Interstate 89 in Waterbury, which started with a blown tire on a delivery truck that caught fire, flew into the oncoming northbound lane and ignited the grass and brush.

Traffic in both lanes slowed around mile marker 61 as fire crews from Waterbury, Berlin, Middlesex and Stowe worked to contain the blaze.

The Calmont Beverage box truck was driven by Christopher Lefebvre of Barre, who was southbound when his wheel fell off and started the fire around 2:45 p.m. 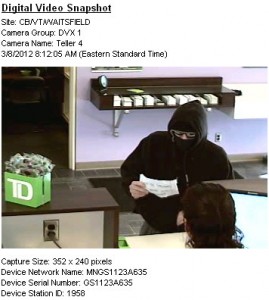 WAITSFIELD — Police are looking for the man that allegedly robbed the TD Banknorth in Waitsfield.
Vermont State Police report that approximately 8:10 a.m. a lone white male entered the bank and read the teller a note threatening he was armed and demanding money. 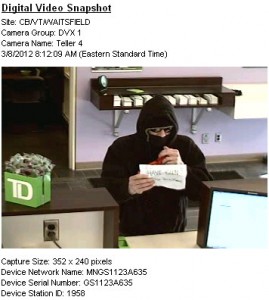 After the teller complied with the robber’s demands and provided him money from the cash drawer, the robber exited the bank and was last seen on foot headed north.

Detectives from the Vermont State Police Bureau of Criminal Investigations and Troopers from the Middlesex Barracks are currently at the bank investigating this incident.

Anyone who has information regarding the robbery should call the Vermont State Police in Middlesex at 802-299-9191.

Washington town moderator has a slip of the tongue

WASHINGTON — Town Moderator Bob Sherman deftly handled Tuesday’s town meeting in Washington, though he did make one mistake that didn’t have anything to do with Robert’s Rules of Order or parliamentary procedure.
It had to do with a simple introduction.
Sherman’s slip of the tongue (actually, he made the same mistake three times by our count) came when he was preparing to turn the microphone over to state lawmakers in attendance.
There were only two — Sen. Mark MacDonald and Rep. “Phil Rivers.”
Phil who?
What Sherman meant to say but didn’t on three separate occasions was “Phil Winters,” though the Williamstown Republican didn’t bother to correct the Washington moderator for failing to get his name right.

WASHINGTON — Folks in Washington sure do love a good round of applause, and they proved it time and again on Town Meeting Day.
They clapped for their Select Board, they applauded their school board; Principal Charles Witters Jr., who is leaving Washington Village School after five years, got a standing ovation, and so did resident Bill Woodward, who attended town meeting in his Army fatigues.
They clapped to welcome Sarah Costa, the new librarian at Calef Memorial Library, and to congratulate this year’s winners of scholarships that are awarded in memory of Katie Beede ($500 to Ellen Blanchard), who died several years ago, and Debra Sue Blanchard ($5,000 to A.J. Galfetti), who died last year.
Blanchard, like Beede, died after a long battle with cancer, and Tuesday the former school board member and active community volunteer was honored as Washington’s “Citizen of the Year.”
Blanchard’s mother, Harriet, was on hand to accept the award on behalf of her daughter, who left the town a rather handsome endowment that will fund annual community service-based scholarships like the one that Galfetti will use to attend Vermont Technical College in the fall.
The announcement that Blanchard had been named Citizen of the Year was greeted with (you guessed it!) a hearty round of applause at the outset of Tuesday’s meeting.