Water main break cuts water to some in downtown Rutland 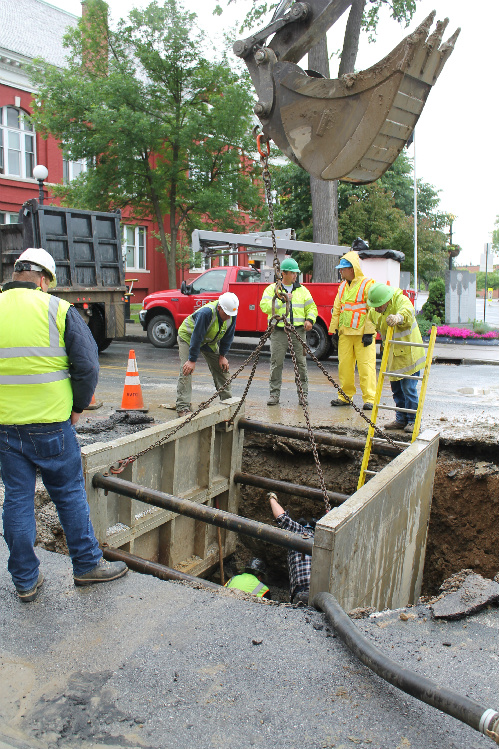 A water main break in front of City Hall this morning has cut water to several downtown businesses. The break was reported around 4:30 a.m., according to city police, and Rutland Department of Public Works crews have been working to fix the break for several hours. Project Manager Dave Sears said that at 9:20 a.m. they had about another hour of work to fix the leak. 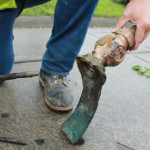 The offending side attachment to the main pipe, which rotted away and broke off, causing the leak. Rob Mitchell / Staff Photo

Troy Ebbinghausen and Mike Nartowicz had the lucky job of going into a 10×10 hole dug down to the leak and clearing out the surrounding dirt and gravel in order to fix the break. The break came when a saddle attachment that closed off a side branch of the water main, which Sears said was probably put in place around 30 years ago after it was replaced by a 6-inch pipe taking water toward what is now Bardwell House, rotted through and fell off the main.

DPW crews were working in light rain, with the leak, about 3 inches in diameter, clearly spouting water into the repair ditch.

Tweet
Pin It
This entry was posted in Rutland, Rutland County. Bookmark the permalink.