While the worst of the storm may be over for Vermont, damaging winds are still causing problems for power crews.

“Crews have been working hard through the night, and we have made tremendous progress even as Mother Nature kept adding to the damage,” GMP spokesman Jeremy Baker said. END_OF_DOCUMENT_TOKEN_TO_BE_REPLACED 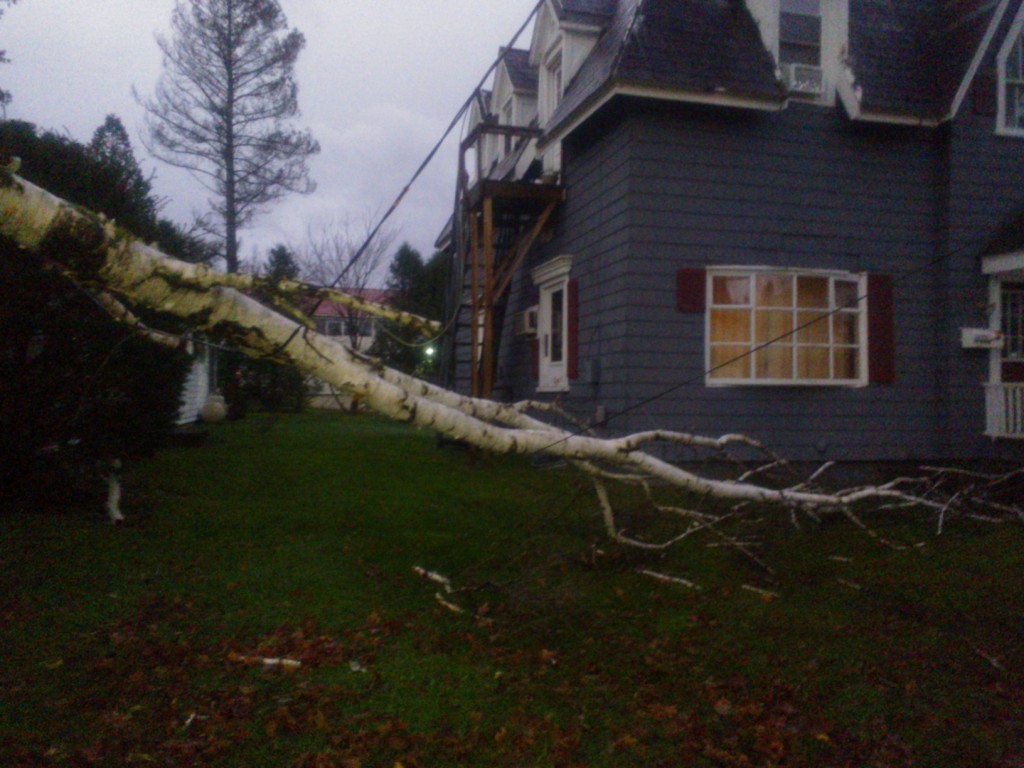 A tree on Seabury Street in Rutland took down some power lines but narrowly missed the neighbors house. 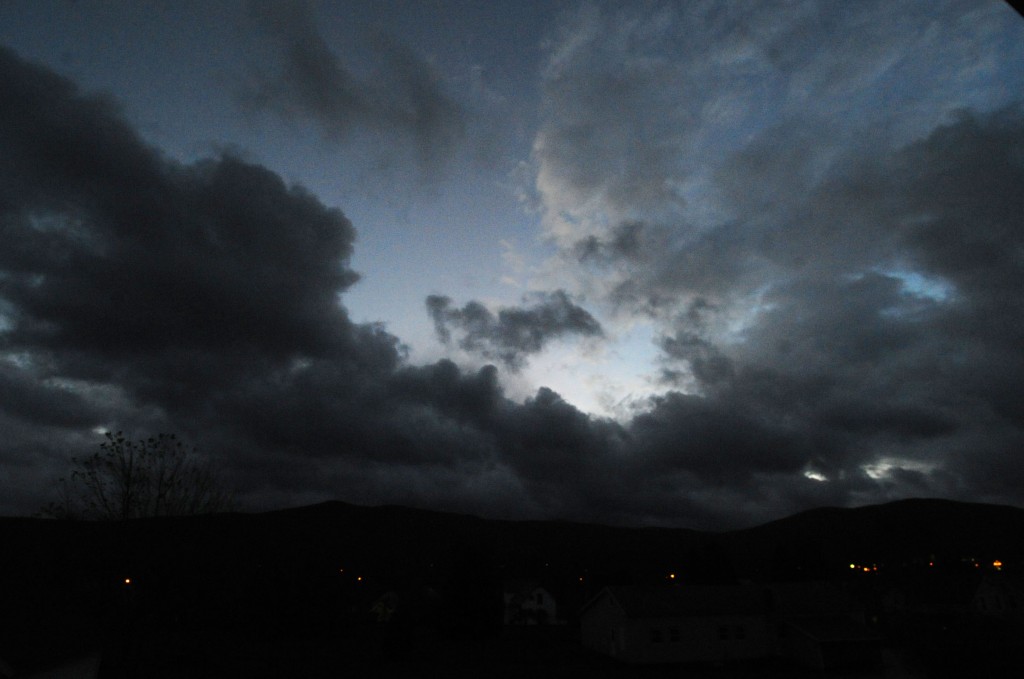 By Cristina Kumka and Bruce Edwards

The state was spared the worst of the monster storm that slammed the East Coast when Hurricane Sandy hit landfall further south of where it was predicted to hit, Jason Nielson, a staff meteorologist with the National Weather Service in Burlington, said Tuesday.

The worst of the storm’s winds, which reached speeds of up to 60 mph in the Rutland area produced little damage and far fewer power outages than many feared.

There were a few downed trees in the city limits but only 1 household without power as of 6:30 a.m., according to the Green Mountain Power outage site.

But by 4 a.m. that number had been whittled to fewer than 8,000 across Vermont.

According to Nielsen, Vermont was spared because the storm made landfall just south of predictions.

“It’s just where Sandy came ashore,” Nielson said. “All the numbers we had given were geared on it coming ashore in central New Jersey or northern New jersey … and it came ashore just about 50 to 75 miles south and that was enough to shunt everything just to the south and keep it like from Bennington and Windham (counties).”

Neilson said Vermont can expect scattered showers throughout the course of the day today. He said Vermont is no longer under a wind warning. Nielson said that’s been replaced with a wind advisory, meaning there could be gusts of up to 50 miles per hour.

The Vermont State Emergency Operations Center has scheduled a press conference for 11 a.m. today to provide an update on the state’s response to Hurricane Sandy.

The press conference was announced in a news release late last night.

“We can provide an update and damage assessment during the press briefing,” said Vermont Emergency Management Director Joe Flynn.

Individuals are encouraged to stay tuned to local media to track the progress of the storm, according to the release.

If you have lost power and run a generator, make sure it is always run outside and that exhaust is NOT entering the home. Every home should have a carbon monoxide detector.

Bennington schools out early or closed; other Bennington cancellations

By Patrick McArdle |  STAFF WRITER
BENNINGTON COUNTY - Schools in Bennington and Arlington will be letting out early today and Manchester-area schools, including public schools and Burr and Burton Academy, canceled classes today.
Green Mountain Power is reporting 54 customers in Winhall are now without power, as of noon.
Southern Vermont College has canceled its classes for Monday and an “Information Night” event which had been scheduled for Monday night. The college website will post further information about classes for the rest of the week as decisions are made.
The Southwest Vermont Supervisory Union, which has schools in Bennington, North Bennington, Pownal, Shaftsbury and Woodford, dismissed Monday classes for elementary schools at 12:30 p.m. and classes for Mount Anthony Union middle and high schools at 11 a.m.
A Mount Anthony Union School Board meeting scheduled for tonight has been rescheduled for Nov. 5. END_OF_DOCUMENT_TOKEN_TO_BE_REPLACED

Farmers urged to prepare for storm

MONTPELIER — Vermont officials are urging farmers to prepare for power outages and flooding from Hurricane Sandy, which is moving up the coast.
The exact course of Sandy is unknown, but forecasters say it could collide early next week with a winter storm moving east across the continent. The brunt of the storm is expected to hit the New York-New Jersey area Tuesday, but its effects could be felt through much of next week.
The Vermont Agency of Agriculture is advising farmers to harvest crops still in the fields. For those who need power for milking cows or cooling milk tanks, the agency warns to prepare for power outages by making sure generators are working.
Farmers also are advised to purchase sufficient fuel to operate generators and equipment.

Town watches bridge as it prepares for storm

ARLINGTON — Officials in the Vermont town of Arlington are watching debris under a local bridge left over from Tropical Storm Irene as they monitor Hurricane Sandy.
A project manager with state Agency of Transportation said most of the debris under the bridge on Route 313 was removed by a contractor using an excavator, but some logs had become jammed so the machine could not reach them. He said the problem now is a log caught under the bridge by a tree, which could collect more debris if Sandy washes it down the river.
The Bennington Banner reports that last year, a number of town bridges had problems with river debris getting caught beneath them and causing damage.