MONTPELIER — Vermont lawmakers are returning to the Statehouse after hopes of adjourning for the year on Saturday faded.
With key agreements, especially on tax policy, still elusive, legislators will continue their session on Monday and Tuesday.
A House-Senate conference committee on taxes has been trying to craft changes to state income taxes that would make them more progressive.
But Gov. Peter Shumlin says he’s adamantly opposed to any such changes. The governor says they violate an agreement he made with lawmakers earlier this week that taxes to support the state general fund would not go up.

BURLINGTON — The Vermont Health Department is holding the second of three clinics to test people for the mosquito-borne disease eastern equine encephalitis that killed two Vermonters last year.
The clinic will be held on Tuesday from 12 p.m. to 7 p.m. at the Sudbury Town Hall.
The study of volunteers is to determine how many people have been exposed to the virus, but have not gotten seriously ill. A clinic was held last month in Brandon and another will be held May 29 in Whiting.
Last September an 89-year-old man from Brandon and a 49-year-old man from Sudbury died from EEE.

MONTPELIER — The Vermont Senate has defeated an effort by Senator Peter Galbraith to amend a campaign finance bill to cap the amount of campaign contributions business owners can make when they give both in their own names and those of the businesses they own.
The vote came after two hours of debate in which several senators appeared angry with Galbraith for mounting a protracted interrogation of his fellow Windham County Democrat, Government Operations Committee Chairwoman Jeannette White.
The majority leader of Galbraith’s own party, Sen. Philip Baruth of Chittenden County, raised a point of order, arguing that Galbraith was violating the rule against speaking tediously.

Robert Isaac Tepper, photographer, in conjunction with Rutland Regional Medical Center and the Rutland Health Foundation, will present a photo exhibit, opening at 7 p.m. Friday, May 10, with a reception at the Foley Cancer Center and display along “Main Street” within the hospital.

The images may be purchased, with proceeds to the Foley Cancer Center, by leaving requests at the reception desk or by calling 775-0723.

Reporter Brent Curtis is at the press conference updating on the search for a reported missing girl in Center Rutland:

Covell: no reports from schools of any missing students

Covell: “this is an active an ongoing investigation.”

Trayah wouldn’t comment on whether any evidence has been recovered

IRS warns Vermonters to be on the lookout for tax scams

BURLINGTON - The Internal Revenue Service is warning Vermonters about an email scam with the subject line “Notice of Tax Return for Year 2012.”

The IRS warns the email is a phishing attempt and recipients should not respond to it or click on any links in the email.

IRS receives thousands of reports every year from taxpayers who receive emails out-of-the-blue claiming to be from the IRS. Scammers use the IRS name or logo to make the message appear authentic so you will respond to it. In reality, it is a scam known as “phishing,” attempting to trick you into revealing your personal and financial information. The criminals then use this information to commit identity theft or steal your money.

ST. JOHNSBURY — A Vermont couple charged in the killing of a popular St. Johnsbury teacher last year wants new lawyers.
Allen and Patricia Prue have been charged in the death of 33-year-old Melissa Jenkins in March 2012. They are accused of luring Jenkins from her Danville home, beating and strangling her and dumping her body in the Connecticut River. They have pleaded not guilty.
The Prues will be tried separately and have different lawyers.
The Caledonian-Record reports (http://bit.ly/149CRvQ) Patricia Prue has asked the state for a new court-appointed attorney to replace Marc Eagle of Lamoille.  Eagle filed a motion to withdraw as her attorney, citing “ethical and professional” reasons.
Allen Prue also has asked for a new lawyer. His current one, Dan Maguire of Essex Junction, hasn’t asked to be removed. 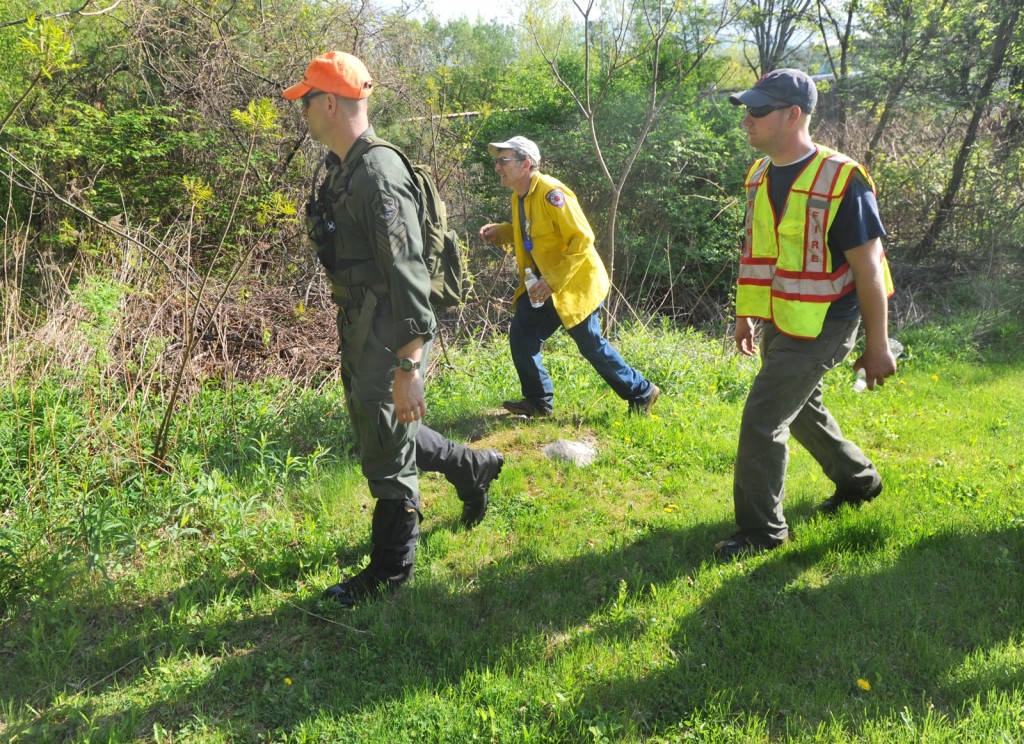 A Vermont State Police officer and Rutland Town Fire Department firefighters continue their search through the woods in Center Rutland Friday morning around 8 a.m., based on the report of a missing girl received by police late Thursday.

UPDATED 10:58 a.m. — Police continued their search this morning for a reported missing girl with their efforts focusing on the southern most portion of the West Proctor Road in West Rutland.

Vermont State Police, who are staging operations from the Center Rutland fire station, declined to say where exactly along the roadway the girl had reportedly gone missing. However, State Police Capt. David Covell said that it was somewhere south of Wilson Castle, which is about the midpoint of the West Proctor Road.

Two residents at the southern end of the road near the intersection with Business Route 4 said they were visited late Thursday afternoon by police searching for the girl. The search focused on an area west of the road and east of a scrap yard business. State police vehicles were parked outside the former Casella recycling center at about 10:30 a.m. today.

Another resident said that searchers earlier in the day lined up at intervals to search a narrow area bounded by Otter Creek and the eastern side of the roadway. Police have scheduled a press conference at 11:45 a.m. today at the Center Rutland fire station.

According to an earlier press release, State Police received a report at about 5:15 p.m. Thursday of a “possible endangered female juvenile” on the West Proctor Road in West Rutland. According to the caller, “a female juvenile approached their car, indicated that she had been hurt, and exhibited physical injuries. The reporting party was unable to keep the child at the vehicle and the female juvenile was last seen running into the woods.”

Police said the caller said the girl said her name was “Angel” or “Angela.” She appeared to be approximately 6 years old and was described as a white female, with dark brown, straight, shoulder length hair, and was missing her left front tooth. She was last seen wearing a red skirt, white t-shirt, white flip flops, and a mood ring. Anyone with any information should call the Rutland Barracks at 802-773-9101 or submit an anonymous tip to www.vtips.info. If you come into contact with a child matching this description, please call 911 immediately.

BURLINGTON — A Vermont Medical Practice Board investigator and a former Immigration and Customs Enforcement agent have been charged with federal gun and tax violations.
The Burlington Free Press reports (http://bfpne.ws/147KS4z) Phil Ciotti of the medical board was named in six-count grand jury indictment Thursday.
Richard Bernholz, the former ICE agent, agreed to plead guilty to filing a false tax return and aiding and abetting in the failure to keep adequate records by a federal firearms licensee.
In 2011, agents seized more than 500 guns from Ciotti’s St. Johnsbury home and more than 150 guns from Bernholz’s Franklin home. They said the guns were used in a Boston homicide and a Brockton shooting.
Ciotti’s lawyer said his client plans to plead not guilty. A lawyer representing Bernholz didn’t return a phone message.